Conducting user tests during a pandemic: A challenge that didn’t stop the Observatoire des tout-petits 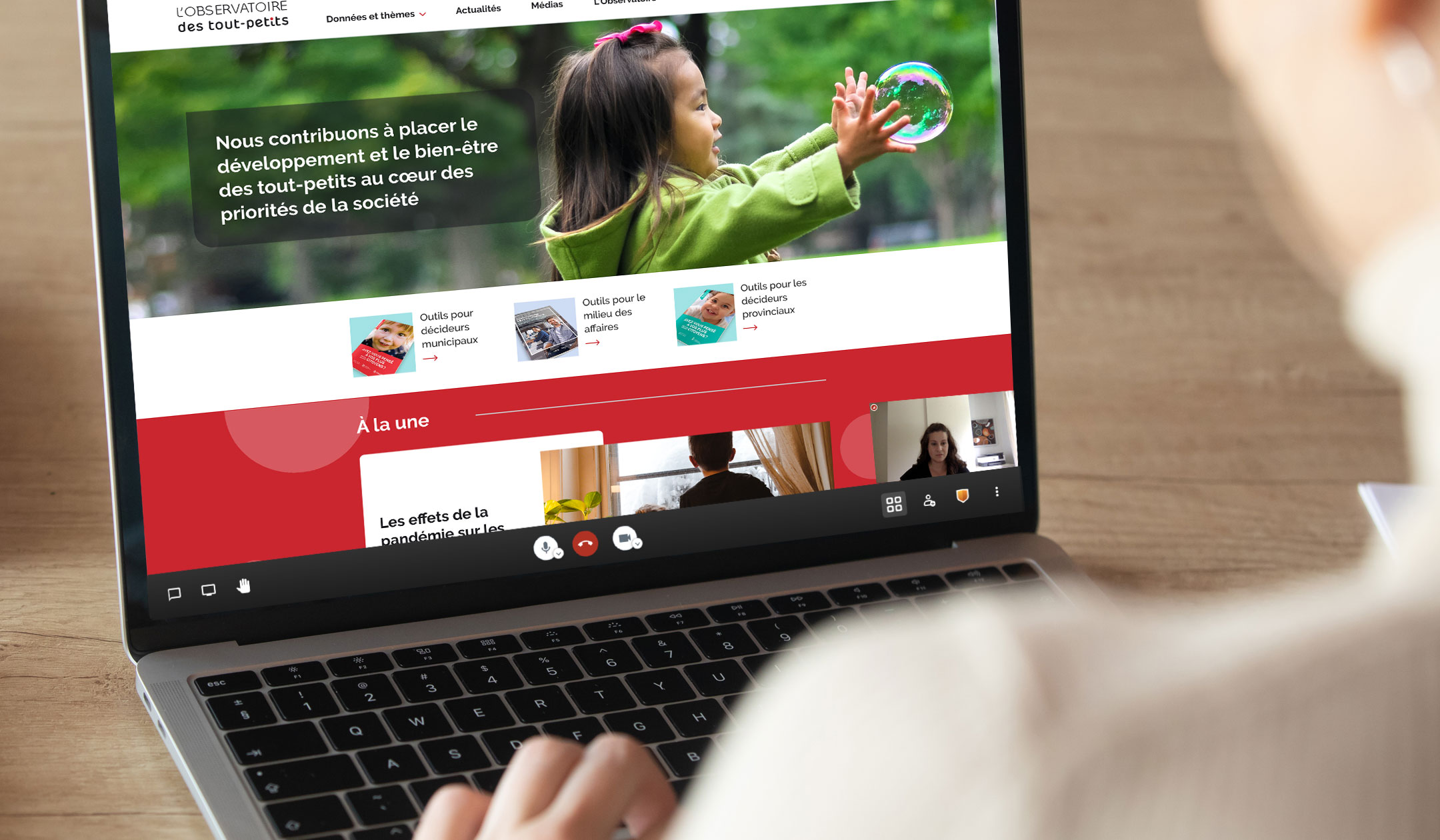 In 2020, Tink was hired to conduct two user tests for the Observatoire des tout-petits. The objective of the first test was to determine the positive and negative aspects of the current website. The analysis of the results would then be used to develop a new navigation system and visual mock-ups. In early 2021, using a prototype consisting of six artistic mock-ups, the second user test was conducted to validate how user-friendly the new navigation system was and to see if users liked the new design.

Twelve candidates were interviewed, six at each of the two interviews. Each candidate had to work for a company on a list determined by the client and be directly involved in the field of early childhood.

The tests were conducted exclusively by video conference. Each participant was interviewed individually for approximately one hour. While using the prototype, participants had to share their screen and have their webcam turned on in order for their cursor movements, screen, and facial reactions to be observed.

The person in charge of the interview, called the moderator, asked questions and instructed the participant to perform various tasks. A second person was present throughout the interview to take notes. A video recording of all interviews was kept for future reference, with the candidates’ permission.

Remote user testing with a moderator proved to be highly effective.
Talking one-on-one with target users allowed for a direct exchange between the moderator and the participant. Participants’ facial, verbal, and motor responses provided a richer overall assessment than if the tests had been conducted by automation. After analyzing the results of the second test, Tink was able to confirm that the adjustments to the navigation system and the design of the proposed mock-ups greatly improved the user experience of the tout-petits.org website.
Visit the website Visit the Observatoire des tout-petits website. (opens new window)